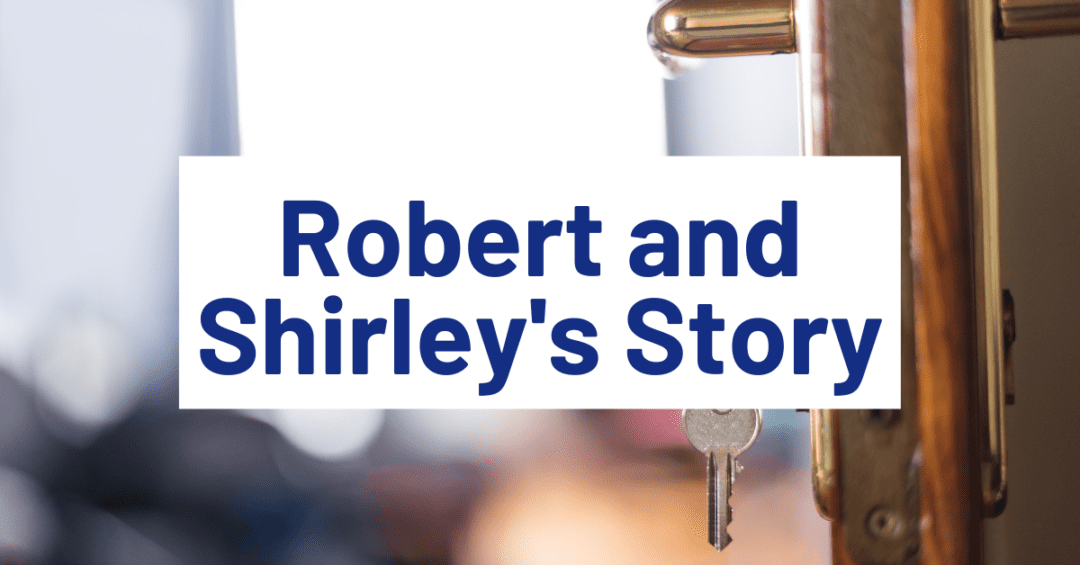 Robert and Shirley Nicholson* (*names changed) were supposed to be enjoying their retirement when a new neighbour’s antisocial behaviour started making them feeling unsafe in their home.

“Someone had tried to break into our house in the early hours of the morning. They tried the door at quarter past two in the morning.” For the couple, this was “the final straw”.

“We had stayed in that house for just over ten years, but we were looking for something safer.”

However, finding a new place proved difficult as the local council only uses an online bidding system which left Robert and Shirley, who do not use the internet, unable to bid on properties.

“You could bid, but not the way it used to be,” Robert explains. “It wasn’t great.”

The Nicholsons learned of Housing Options Scotland after speaking to Age Scotland and decided to get in touch. After filling out a Get Help form, they were allocated a housing broker, Karen, who supported them in their search for a new home.

“Karen sent us some stuff in the post and explained that it would probably be easier to get a house outside the city because there was more choice. She was a very nice woman to talk to on the phone. I think she could appreciate where we were coming from.”

Housing broker Karen explains: “Technology can really improve access to housing options for our clients but there are challenges too.  Some of our clients don’t have a computer or use the internet so an online bidding system is inaccessible to them.

Edinburgh’s online bidding system – Edindex – has the option to set up auto-bid where the system will automatically bid on properties that match your criteria; property size, area etc.  When Mr and Mrs Nicholson first got in touch, we looked into how to set this up.”

In the end, a quicker solution presented itself as a housing association got in touch with a property that sounded exactly what they were looking for.

“The Housing Association actually phoned us through Housing Options Scotland and told us that a flat was coming up and that we could come to view it,” says Robert.

The couple was happy to sign the lease. “It was a big deal for us, moving.”

Despite initial difficulties with another neighbour, “things have settled down since he left and the majority of people we’ve met are nice people. We’ve made the flat nice and now we like staying here and hopefully we’ll continue to get the peace that we deserve.”

The flat is well looked after, and Robert and Shirley are pleased with the location of their new home as well which allows them “to get about a wee bit more.”

They are also looking forward to getting a new kitchen. “We got told that when we moved in and the guys are coming next Monday. They’re gonna give us a new hob and new units and new flooring and paint the kitchen. It’s going to be nice for Christmas.”

Robert’s advice to people in similar situations is that “a lot of people want to help you.”

“Anybody who went through what we went through, we would encourage them to speak to Age Scotland and contact Housing Options Scotland. Our experience of dealing with them has just been positive and Shirley and I will always be grateful for you guys.”