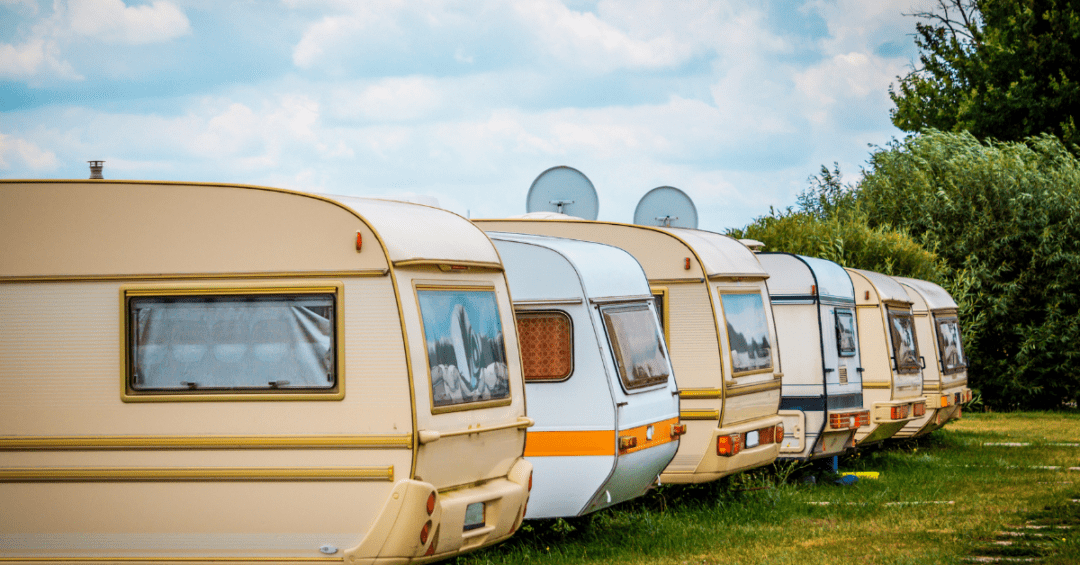 After years of living in caravans while travelling around Europe, Louise and David* (*names changed) faced homelessness after losing their jobs at a holiday park. Housing Options Scotland broker Karen helped the couple find a home to settle down in by advising them to register as homeless with the council.

Louise and David tell quite an extraordinary story of their housing history:

“In 2000, after an incident at work as Prison Officers, David and I sold our property and went travelling on a sabbatical for one year. Ten years later we sailed back from the Caribbean to start a new life back home. But it did not work out for us, and in 2015 we went sailing again. After two years in Europe, we bought a Motorhome and drove around Europe before getting a job on a caravan park and carrying on living and working using our Motorhome as our home. We then decided to settle down and buy a static caravan on a holiday park that was open for 11.5 months of the year, no brainer. However, we made the mistake of letting the owner know that we had previously been wardens on caravan parks and ended up working for him as well as living in our caravan.”

However, the couple faced housing problems when their boss unexpectedly announced that he was not going to renew their contracts after one year.

“We had lived and worked on caravan parks for quite a few years as we are a very close couple and hate being apart, so usually this would not have been a problem as we would have found jobs at another park. However, David is 64 years old and cannot get another job in the hospitality industry as he is not a physically fit person and the maintenance of parks is very demanding. The owner said he would give us grace until we either find somewhere to live or the park closes again.”

David and Louise spent a long time applying for mortgages and rental properties, but were turned down again and again. Ideally, they were looking for a place in a rural area with a garden for their dog, but “really we were getting so desperate that it would not have mattered what we were given”, especially once the outbreak of the Covid-19 pandemic exacerbated their already insecure housing situation.

“All the time this was happening, we were well aware of the Coronavirus pandemic escalating. This was a disaster as the holiday park would close and we would be on the streets. But because David did a full service in the Royal Engineers, I thought someone may be able to help on a veterans website.”

Louise stumbled across Housing Options Scotland on her online search and decided to get in touch.

“Karen [Housing Options Scotland’s Military Matters broker] offered a sympathetic approach to our predicament and gave us an abundance of options that we had not thought of.”

One of the options Karen highlighted was to register as homeless with the Scottish Borders Council.

“We applied with 9 housing associations using the D5 proof of homelessness and were given priority on properties that were in our category: couple with dog – 1 bedroom. We were given options of accommodation two weeks after registering as homeless. Scottish Borders Housing Association (SBHA) contacted us saying they had a small bungalow in Newcastleton that was rural. We said we would accept it and were surprised when he said that if we paid one weeks rent on the Monday, we would be given the keys. They arranged with us to go look at it on the next Monday, but we could not wait and set off to check it out the next morning. We were 20 minutes away when we got a phone call from the same fellow saying that sorry, we could not have the bungalow after all as it had been promised to someone else. We were absolutely gutted as it sounded perfect for us. We had checked it on Google Maps and it had a lovely garden for our dog.”

The couple’s dream of the bungalow seemed dashed – until they were miraculously reunited with it.

“We were asked to go look at a flat in Hawick which was okay but had two flights of stairs and no garden. The girl showing us around was great and we had a conversation about the bungalow in Newcastleton. It turned out that the other person did not want it and we could go look at it. We absolutely loved the bungalow and its location; we could not have picked a better place. The home chose us. We moved in the day after, two days before lockdown on midnight Christmas day with no furniture, but we were very happy to be there.”

Louise and David are “excited about a home that we have not had in 20 years” and look forward to living there in peace – “no more running”. They advise other people searching for a new home to search the Internet, use their time wisely, and be patient.