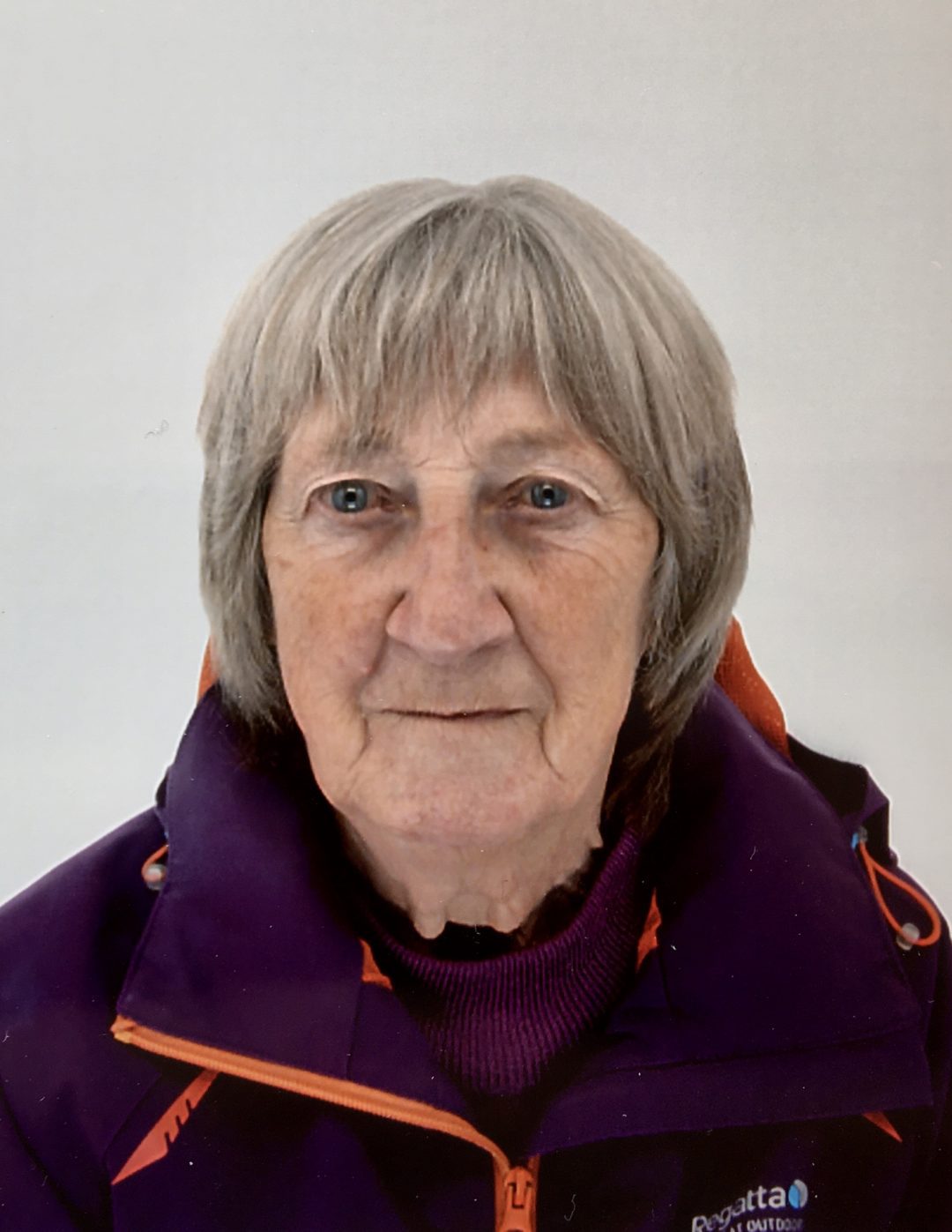 Dorrie is a retired veteran aged 73 years old. She had previously worked as a Communications Centre Operator in the Armed Forces and was living in Leicestershire when she approached Housing Options Scotland for help. Born in Scotland, she wanted to move back home and needed support to do so.

Dorrie had been living in Leicestershire with her Siberian husky, Midnight, when she began to have problems with a neighbour. She raised these with the housing officer, but the problems persisted and she felt unsafe at home. Dorrie said:

“I felt threatened and intimidated – I didn’t like to even go out into the garden. I didn’t feel comfortable at all, it was horrible”

At this point Dorrie started to think more about moving back to Scotland – it had always been in her plans, but given the problems she was experiencing, now seemed like the right time to make the move:

“I went to see the Doctor in March because I was starting to get panic attacks, depression and anxiety because of my living situation. I spoke to counsellors who helped me lots, but I still needed to move. I’d had enough of living there and that was when I knew it was time to move back to Scotland”

Dorrie began to make plans to move but didn’t know where to begin:

“I wasn’t sure where to go or who to speak to, so I thought I’d start at the top. I emailed Nicola Sturgeon’s office who promptly got back to me and said ‘Have you tried Housing Options Scotland?’. It all kicked off from there really!”

Dorrie made contact with Karen, Housing Options Scotland Military Matters broker. Karen helped Dorrie with the move, explaining the things she should consider and putting her in touch with different people who could help. Dorrie said:

“Thanks to Karen it was an easy process, even throughout COVID. She gave me contacts for all different Housing Associations and even offered to attend property viewings with me – you can’t get better than that!”

When thinking about her new home, Dorrie just knew that she wanted to find somewhere where she could feel safe:

“I wanted to feel secure, to know I could go out my front door and into the garden and not feel intimidated. I thought that if I could get home to Scotland, things would be better. I went to look at a place in Kilmarnock in January which was lovely, but it just didn’t feel like home. I also looked in the private rental sector in a nearby village to where I am now but it was too expensive”

At this stage, Dorrie was beginning to feel anxious:

“There were times when I thought it was never going to happen. My son was fantastic and he kept reassuring me that something would come up but I was worried and just hoping it would happen before I had a complete nervous breakdown in my bungalow in Leicestershire”

“It was then suggested I should try speaking to LINK Housing Association directly. Karen helped me get in touch with them and I told them about having a Doctor’s letter to support my application. Then my friend suggested I try get in touch with my home county – Perth & Kinross. Within a week of doing so, I got a phone call offering me a bungalow back in my home village!”

Dorrie was asked if she wanted to see the bungalow in person but that wasn’t possible because of COVID-19. Instead, she asked for pictures to be taken and sent to her.

“I saw the pictures and did some research into the specific area. I’d seen one of the bungalows several years ago and knew they were lovely. I had a good feeling about it all so I said yes – now, 7 weeks later I’m moved in!”

Sadly, Dorrie’s Siberian husky, Midnight, passed away just before the move, so she is in the process of adopting another dog in Scotland. It seems like her new property will be perfect and she’s excited to share it with her new husky too. Dorrie said:

“I feel settled now and I just look forward to making new friends and catching up with old ones too. Being up here and with a dog – you couldn’t ask for more. I’m excited and can’t wait to take my husky for walks in the countryside.”

Thinking about the whole move, Dorrie had the following advice for anyone in a similar situation to herself:

“Come to Housing Options Scotland! Honestly, Karen was so helpful and everyone was so nice. I couldn’t have asked for any better help – they really went above and beyond! Don’t give up hope – there is something out there for you, and there is someone to help too, if you only ask. To quote sir Harry Lauder: ‘Keep right on to the end of the road!’”