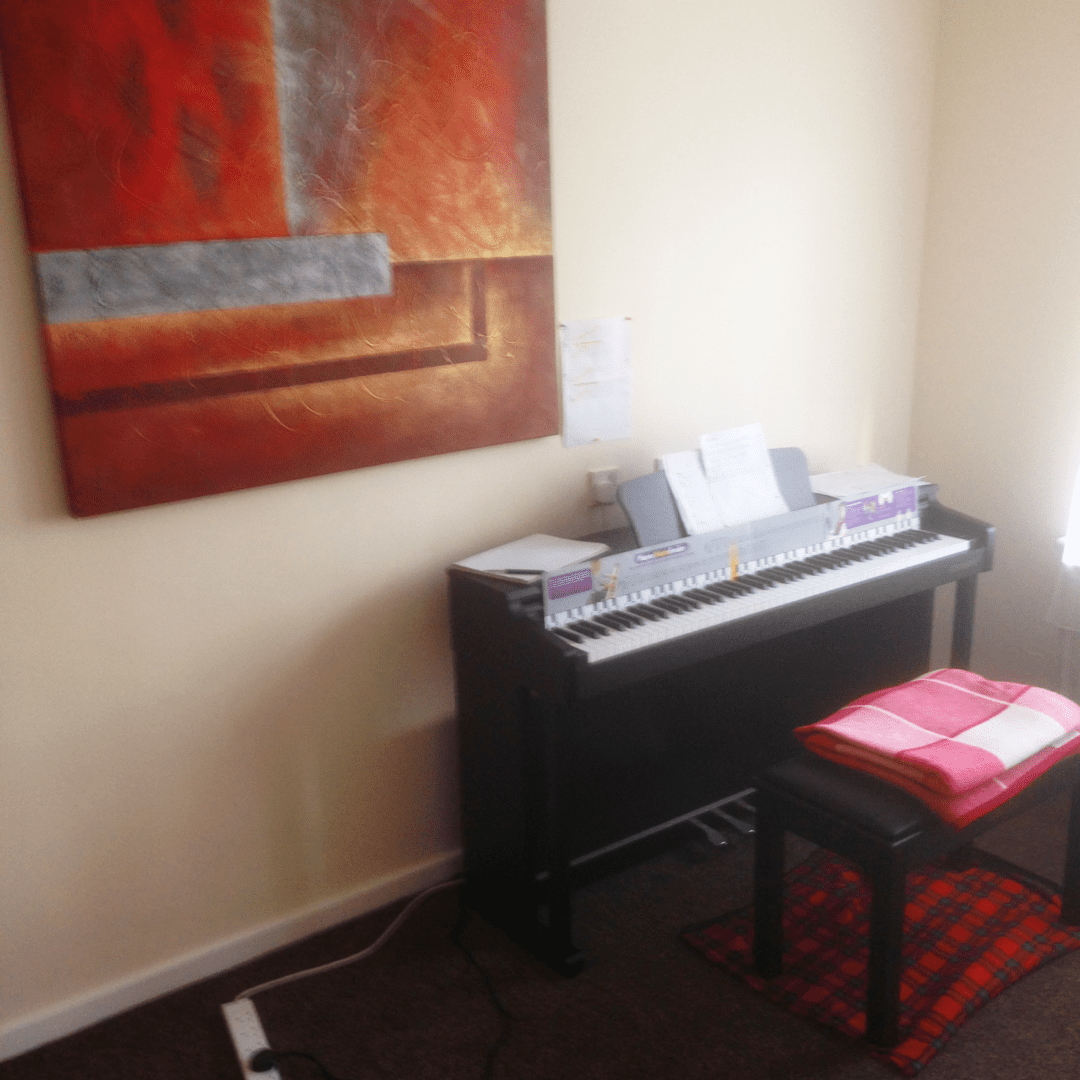 Hugh used to rent a single person home from Perth and Kinross council, but when his long-term illness made living in a place without adaptations unsafe, it was clear he had to find more suitable housing. Additionally, if the distance to his granddaughter had already made it difficult to spend time together, Hugh’s isolation only worsened when Covid-19 hit:

“My granddaughter stays about 30-40 miles away so it’s obviously not ideal for visits. I had a lot of illnesses, so I couldn’t get work and was stuck in the house. It was a case of just sitting there, bored, there wasn’t a lot happening. And then Covid happened, so I was stuck there, and my illnesses were getting worse, so I was really looking for a place that was safer and closer to my granddaughter.”

“I had a look and I thought ‘sounds interesting, I’ll get in touch’. So that was the first step and then we started getting emails back and forwards.”

Apart from being located closer to his granddaughter, it was important to Hugh that his new home would be equipped with adaptations such as pull cords, handrails, and a secure entrance. When he explained these needs to Housing Broker Susan, she recommended looking for sheltered housing in the Dundee area. Susan suggested Bield Housing Association, who specialise in providing housing for older people, an option Hugh had not been aware of before:

“It wasn’t a thing that I would’ve thought of until she mentioned it and then I had a look and thought ‘that’s ideal’ because you’ve got your own place and you’ve got safety measures, pull cords and such, so I thought ‘why not’?.”

With Susan’s help, they got the ball rolling on Hugh’s application, and he was pleasantly surprised by how easy the process was:

“There was a list of questions, but it wasn’t difficult filling out the form. It was all done online, and then you just hit ‘send’ and they got all the information they needed, and they got back to me by email and by phone.”


The knowledge that he would be offered a place soon already improved Hugh’s mood, and in time, he was invited to a viewing of a bedsit in Dundee, only about 4 miles away from his granddaughter. When it turned out to be too small, Hugh was offered to view the single he now lives in, just one floor below. Luck was on his side:

“The lady showing me around said ‘do you want to have a look at the size of the singles?’. She showed me and I said ‘yes, if one of these comes up, I’d take that, I’d take that in a flash’. I was told they’d get back in touch with me if something came up, then, just later that day I got a phone call. They had had a lady moving into a single, but she opted for the bedsit instead, so they offered me the single. It worked out great.”

Moving into his new home has significantly improved Hugh’s mood, and while making plans is still difficult due to Covid-19, he is starting to think about the future. If his illnesses don’t worsen, he says, “hopefully I can get a wee a bit busier in the future”. Hugh is thinking about taking up part-time work at some point, but for now he is keeping himself occupied with his piano and getting his new place decorated:

“I’ve started planning getting carpets done. I got the first carpet in the living room just last week, so that’s more comfortable than sitting there with your floorboards, and I’m planning on the next one now.”

When asked what advice he would give to people facing housing problems similar to his, Hugh laughs.

“First thing I’d tell them is to get in touch with you guys! If I hadn’t come across you, I’d probably still be waiting on a house yet.”

Before he reached out to HOS, he explains,

“All you got was a message saying ‘because of Covid, we’re all very busy, leave your number, we’ll get in touch with you’ and you were waiting days or hanging on the phone until someone answers, probably sitting there for a couple of hours. Whereas the other way, with you guys, a couple of emails and I was chatting straight away. I felt more involved.”