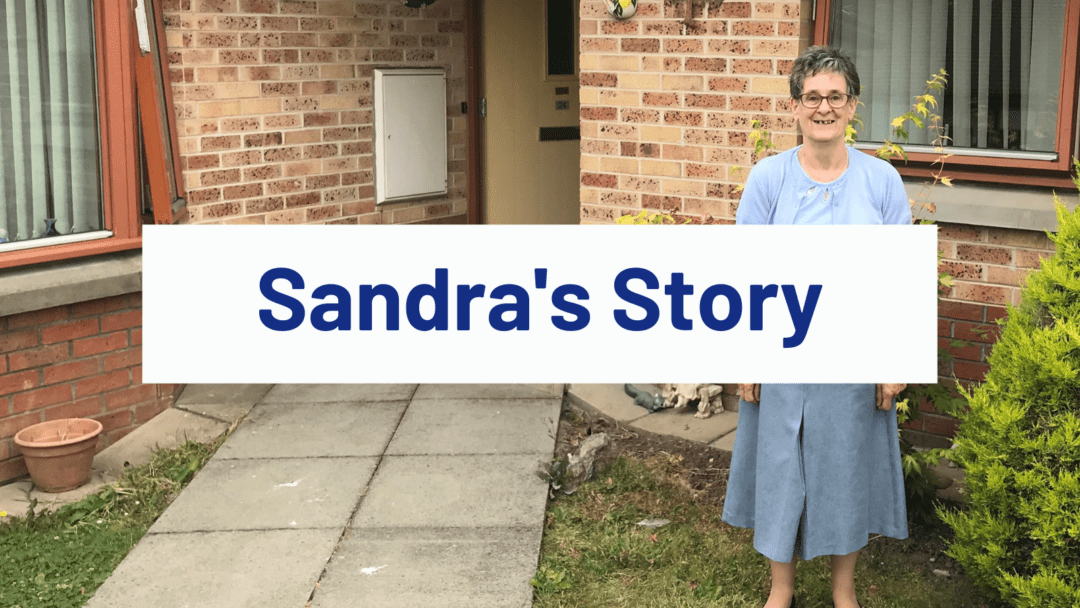 Sandra, a lady in her 70s, approached Housing Options Scotland as she had fallen into financial difficulties – including mortgage arrears – after her husband had sadly passed away. Sandra was struggling with debt and her home was at risk of being repossessed. Sandra was understandably very stressed and upset.

Our Homeless Housing Options Broker, Eve, spoke to Sandra and helped her to complete a Get Help form. Eve contacted her local authority to arrange a Housing Options interview to make she was on their housing applications, while Shirley, one of our volunteer “Housing Buddies”, helped her to complete housing lists. Sandra was very worried she would end up roofless, but Eve reassured her that wouldn’t happen.

Soon after, the house was sold. The local authority arranged for her belongings to be put into storage. The date for this was on Sandra’s wedding anniversary, which caused her great upset. While this was happening, Eve continued to support her. Sandra had no priority with mainstream housing associations, but due to her age, she did have priority with sheltered accommodation. Sandra wanted to stay locally, as her support network all lived nearby and she had been in the area for a long time.

The buyer of the property allowed Sandra to rent the house while she secured alternative housing, which also meant that, happily, she wouldn’t have to put her belongings into storage.

Around a month later, a property became available through Hanover. Sandra and Eve went to view the property and Sandra absolutely loved it. Within 4 days, Sandra had signed the tenancy agreement and had the keys for her new home.

Sandra is delighted with her new home and has now made it her own, with new carpets and furniture. “As soon as I moved in it felt like home” she said. “Housing Options Scotland have really been brilliant. I would recommend them to anyone. If it hadn’t been for Eve, I don’t know where I would have ended up.”