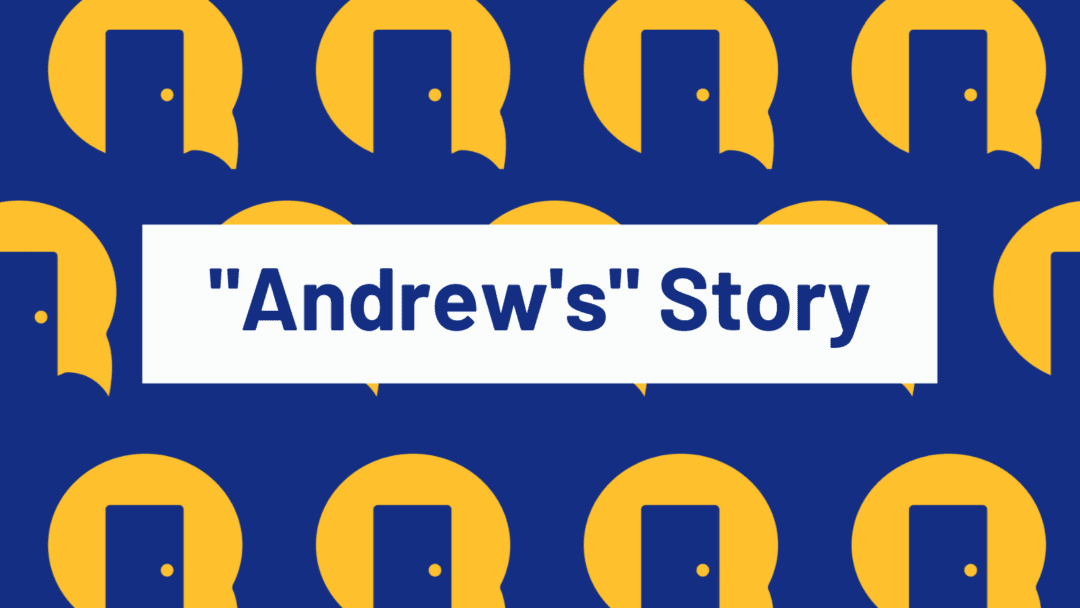 This client’s name has been changed to protect their privacy.

Andrew approached Housing Options Scotland for support earlier this year. Andrew was suffering from mental health issues following a traumatic accident he was involved in. He felt his parents were unsupportive of his mental health and were intolerant of his sexuality.

“When I came out as gay things changed. It got worse and worse, and as soon as I went on benefits for my mental health – things got even worse. They told me I was useless and just getting free money.”

“Living at home was really horrible. I started to stay at my Gran’s as much as I could. I was there for about a year.”

While he was grateful to be able to stay at his Gran’s he really started to feel like he needed his own place to live. It was at that point Andrew contacted HOS. He filled in a Get Help form, and shortly afterwards he received a call. He spoke to Moira, who explained to him about his options – and that he qualified as homeless.

“Moira asked why I hadn’t registered as homeless. I thought “I’m not homeless. I’ve got a bed”. Then I realised I had no opportunities and couldn’t do anything. Although I wasn’t living on the street – I never had that feeling of ‘going home’.”

Before speaking to HOS, Andrew didn’t know where to turn – but HOS was there to listen and to support him throughout his journey. “Whenever I spoke to the staff – they listened to me and told me ‘You don’t need to worry, you just need to look after yourself.’ I felt like I could contact them at any point. Even at 8 at night I could send a text.”

“It really made me feel positive. Moira asked me “what is it you want in your home”? For her to ask that made me feel great. I had always just thought about it in terms of what I could afford and never what I need! I told her I needed bright windows, natural daylight and a busy street, and it was exactly what I got. I was really able to focus on getting a flat that was good for me.”

Moira referred Andrew to Homes For Good, a social enterprise private letting agent based in Glasgow. Andrew quickly found a property that was suitable for him, and with some help with a deposit from his uncle, he moved in shortly after.

“It’s already started to feel like home really quickly. It’s now at the point where I’m looking forward to getting home. It’s amazing.”

“When I moved in I felt like my panic attacks and anxiety were going away and I could keep on top of it. Now I feel like I can phone my doctor and talk about personal stuff without whispering or my family hearing me. I feel like having a home where I feel safe, means I can deal with my mental health.”

Andrew is delighted with his new life in his new property.

“I can’t believe my life now. This time a year ago it felt like every door was closed. Now I feel like a million doors are there for me to open. I feel like I’m drowning in opportunities as opposed to having nothing.”

“I put my music on now and dance about the flat. I get a lot of emotion out being able to do that. I want to hear on the news in ten years’ time that a million other people have been able to do what I’ve done.”