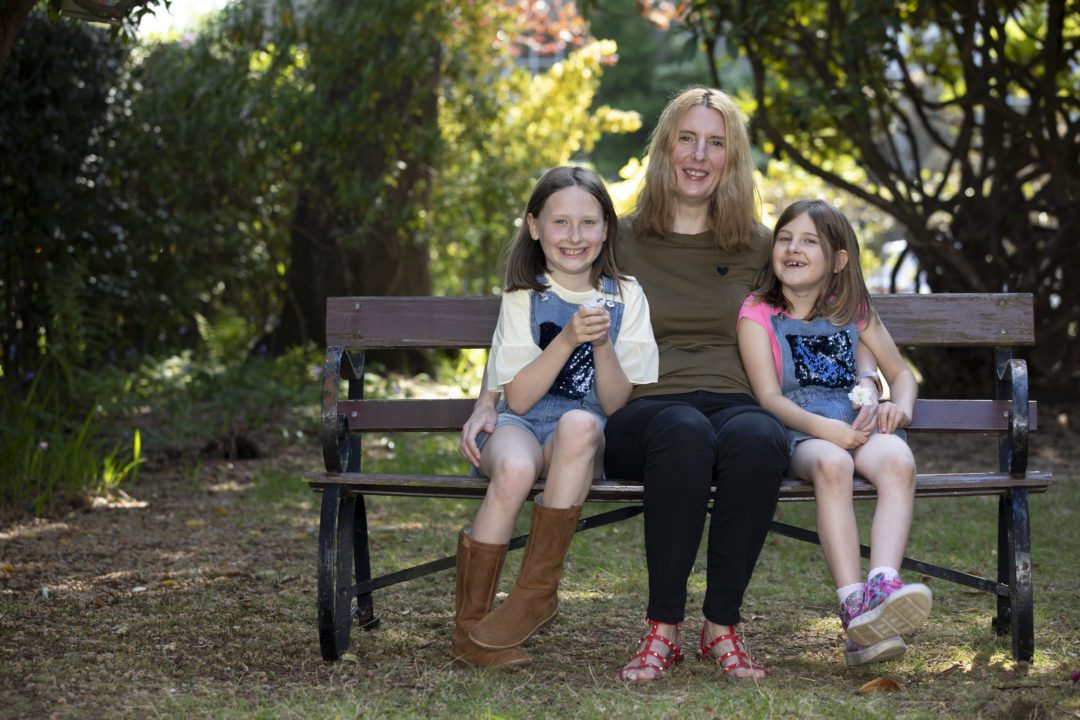 Following a marriage breakdown, Veteran Gina moved herself and her children home from Cyprus.

While she received support from a variety of Veteran’s charities to get back, her resources in Britain were very limited. She accepted the kind offer of a place to stay from a school friend in the Scottish Borders. With the kids enrolled in the local primary school, Gina made plans to get the family back on their feet. She focussed on finding a home.

Though the Local Authority advised her that they might be able to provide homeless accommodation, it was not suitable for the family’s needs. At the same time, staying in her friend’s home was becoming difficult. Though Gina was eternally grateful for their help, the pets in the household were badly affecting one of her daughter’s allergies. The family upheaval and not having a space that they could call their own was also damaging Gina’s own mental health.

Gina spoke to many different organisations (22 in fact) about her situation, trying to get access to benefits as well as housing. “I really started to think that I was running out of options… I cried to people on the phone so many times, saying I’ve got two kids, I have nowhere to go, I’m staying with a friend and I can’t do this long term”. Eventually she was given the details of Housing Options Scotland’s Military Matters project by the people who were supporting her from Veterans First Point, and “things started to look better, as finally someone was prepared to listen.”

“Moira was the one I spoke to who helped me… I found her really supportive because I didn’t know if I could cope any more, I was really getting to that stage! She was so reassuring and very aware of everything about housing, we’d chat on the phone, we’d text, we’d email… I was so glad to get her help.”

Housing Options Scotland looked at a lot of different options for Gina, not just in the Scottish Borders, but further afield. Moira found an option that she thought might be suitable: housing offered by the Lady Flora Hastings Trust in Edinburgh. As a Veteran, Gina would be a priority for this house.

Gina and her girls went up to Edinburgh to see the house and area, and was immediately pleased, thinking; “This looks perfect… it ticks off everything on my list that I wanted for the girls and I”.

After meeting with and being given a tour by people from the Trust and Olivia from Housing Options, she said yes to the house. “Everything happened very quickly once I had everything signed sealed and delivered.” Gina’s shipping container was patiently waiting for an address and the day she received the keys is when the container was delivered.

Gina and the girls are now happily settled into their new home. “I love the area, (with being stationed nearby for seven years, when I was in the REME TA), the neighbours are lovely… we’ve got everything around us we need, the girls are settled and enjoying school. The school has made them very welcome and have been very supportive. I have managed to get myself a job at a local school… this house has completely exceeded my expectations.”

Her advice to others who are going through a similar situation to hers is “make sure you contact every resource you can, being part of the Armed Forces means that there is a lot of support out there. I was aware of a few resources, though when you actually look into it, there is a lot more support there for us veterans. I am grateful for being in the Army as at one of the most challenging times of my life, the military resources came through. I can’t thank the people who helped me enough, SSAFA, Veterans First Point, the Lady Flora Hastings Trust, and of course, Housing Options Scotland.”

Gina’s final perspective on HOS is; “Housing Options Scotland were absolutely amazing, they were up to date on everything to do with housing and I couldn’t recommend the service more. I haven’t met Moira in person, we did everything by phone and email, but I really want to meet her so I can thank her in person and give her a big cuddle.”