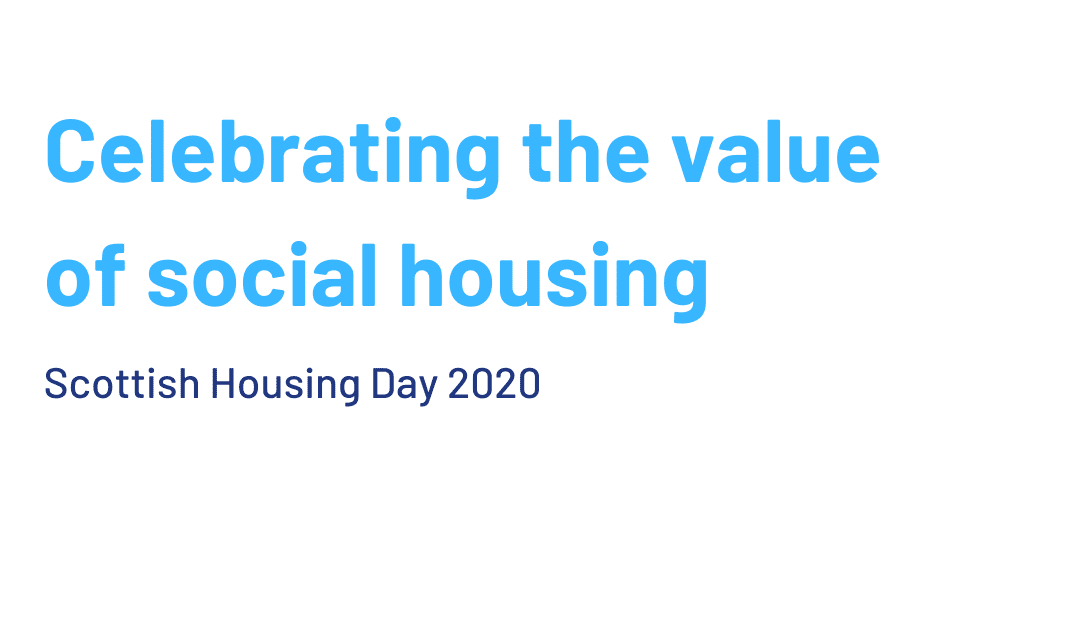 Housing Options Scotland, the charity which helps vulnerable citizens to find ‘the Right Home in the Right Place’, is joining this year’s celebration of social housing on Scottish Housing Day.

Sharing her own story, the chairman of the charity, Margaret Follon, could never have expected her need for social housing, which came to her later in life.

Ms Follon said: “In 2009, I was living in a third floor tenement flat in Leith, in Edinburgh. I had a busy social life; I was generally fairly active. One Tuesday, I had been to the gym, and I felt a pain in the back of my neck. I thought I had pulled a muscle- but after consulting medical advice, I was sent to hospital, and it turned out that I had an abscess on my spine.”

Surgery and an extensive stay in hospital followed. Margaret was eventually allowed to return to home for Christmas, but quickly found that her flat could no longer accommodate her needs. Now a wheelchair-user, the wheels kept getting caught in the door frames, for example. Margaret began to panic, as she wasn’t sure what to do to. Thankfully, another patient made her aware of Housing Options Scotland, and after being visited by one of the team, she realised there were more options available to her.

Margaret added: “I was frightened, and it was hard coming to terms with the changes. One option I was made aware of was joining the Social Housing Register, which I had never heard of. I didn’t know I was entitled to be listed on it, as I owned my own flat.”

Housing Options Scotland then helped Margaret to find a property on a ground-floor level, in a sheltered development, which enabled her to feel safe, and to be able to travel to work. Though her life had changed immeasurably, the housing which the charity found for her helped in her recovery, and aided her independence.

Margaret recognised the lifeline which Housing Options Scotland had provided for her and became a member of the board in 2010. She is now chair of the charity, working to increase awareness of what the team can do for vulnerable people.

Social housing is recognised as a necessary provision in Scotland, and it is hugely protected. In 2014, Scotland scrapped the right to buy properties in order to protect the housing stock that is available for social renting. This ensures that safe and secure housing is available for those who need it most, such as people who need a space adapted to their needs.

Olivia Lindsay, head of casework services with the charity, explained: “Often people do not think social housing could be an option for them. However, for many, it is a lifeline for security. Even with the introduction of the Private Residential Tenancy, renters can be asked to leave unexpectedly and find themselves with nowhere to go. Social Housing offers greater security, and many turn to it having been let down in the private sector.”

A charity spokesperson added: “Housing Options Scotland recognises that the application process can be intimidating, and also works with its clients to ensure that their applications are processed smoothly. Though they can’t influence the speed at which the housing is allocated, the client can be reassured that they have done everything correctly.

“With residents in temporary accommodation at an all-time high at the moment, Housing Options Scotland has never been busier. But thanks to social housing in Scotland, there remains a safe and adaptable housing provision for those who need it. We should all be grateful for that.”